Singaporean women seeking Caucasian men to marry has been increasing in 2014. So, Singaporean single men don’t have a chance to find local women, they have to find foreign brides in Thailand, China, Vietnam and the Philippines.

There are many reasons why single women in Singapore prefer Expats (Caucasian) for marriage including American, German, Australian, Canadian, Polish, Italian and so on. Singaporean men have no choice but marry international brides. In this article, we use Expats and Caucasian respectively.

One of the main reasons that Singaporean men seeking foreign brides for marriage is the shortage of single women in Singapore. Men outnumber women is the problem. A few decades ago, most families prefer sons over daughters. Most Singaporeans simply think that women will get married and have children and become mothers so they value sons more important. Also, most families have less children nowadays, usually one child is enough and they prefer the son over daughter.

Why do Singaporean women prefer to marry Caucasian over local men in Singapore: 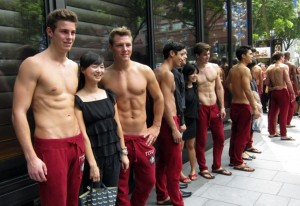 Expats who come to Singapore are higher educated than local men. Singaporean didn’t consider education as an important thing a few decades ago. By this time, young people don’t continue their education and just want to go out and find a job. However, nowadays most young generation consider to get a B.S. or Master degree which are the utmost important thing in their life. That’s a good news for all Singaporeans. However, most women like to get married with a man who is higher than them in education while most men prefer to marry a woman who is less educated than them.

Most Singaporean women prefer to get married with a tall and strong Caucasian while most local men are shorter and weaker. The White Expats are too popular in other countries including Japan, South Korea, and etc. Many Asian girls dream about marrying a White man. So, Singaporean ladies dream to marry one White Expat, which is common.

Since the man outnumbers woman in Singapore, they can’t find a wife here. Also, most Singaporean ladies try to “look higher” or “marry up” for a White Caucasian. Local men in this country have no choice but find an international bride in Viet Nam, Thailand, China, India, Indosenia or Philippines to marry.

If one Singaporean man gets married with a beautiful and young foreign wife, then other men like to follow which has become a trend. There has been a surge in the number of Singaporean guys taking international brides in the last few years. Most of these men are older than their wife a lot, 10 to even 30 years old. Many of these guys are able to find a wife in Singapore but they want to find a young and beautiful foreign wife. Also, they think most of these foreign brides are not as “hard head” as high-educated local Singaporean women.

In conclusion, that’s the reality which has been occurring in this country. If you look at our Singaporean dating site at Asiandatenet.com, then you can see women just look for White men while Singaporean men try to find foreign ladies. When the man outnumbers woman and most Singaporean women usually “marry up” or look for a White Caucasian for marriage, single men in Singapore look for beautiful and young foreign brides.