If an Asian woman could marry a good man in Asia, then she will not find a foreign husband in America, Europe or Australia. In most of developing Asian nations like the Philippines, China, Vietnam, Cambodia, Thailand, there is class distinction between the poor and the rich people. The rich class usually won’t marry the poor class. It is too hard for poor people to move up in a society. Most of the rich people have good connection with the government so they can work and succeed in their business. 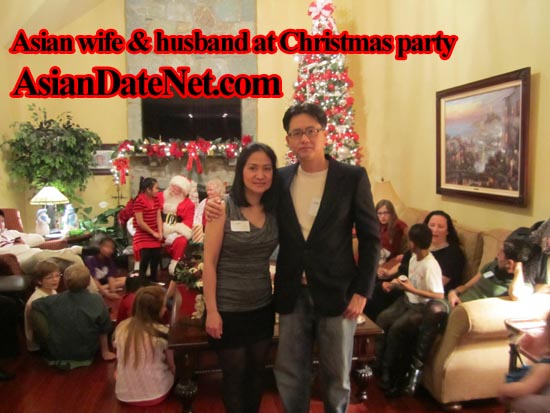 The poor Asian women usually find other ways to move up and get rich, especially marry an oversea spouse to immigrate to the West so they can work and make good money. Every year, there are more than 3,000 Vietnamese brides who come to the United States by marriage sponsor from their husbands. Most of these husbands are Vietnamese Americans or Viet Kieu USA who came back to their hometown and married these girls. In the Philippines, the number of marriages between Filipino men who live in the West (Pinoy) and local Filipina ladies are higher than the number of Vietnamese ladies who married Viet Kieu. Most of these women are below-averaged class who want to move up. Of course, Chinese brides who come to the US through marriage sponsor are the most.

There are some good and bad stories between these marriages. Many young Asian women are willing to accept the old husband whose age around their father’s age. Some beautiful and sexy single women in Asia accept ugly and old Asian men who live in the West because their goal is to come to the West to live. After they come to the USA, Canada, Australia or other European countries and became the permanent resident, they file a divorce. I think about 30% of such marriages are broken after they came to the new nation. Another reason is that most Asian men come back to their hometown and just marry beautiful and young girls so they are matched from the public point of view.

Back to our topic, most of Asian girls can’t find a good man there. If she could find a good husband in Asia, then she won’t leave the country. A good man can be defined as a man who love her and can help her family. In this case, she has a hard time to find that man because most of higher classes of men won’t marry the poor ladies. Most of these rich men think the poor women are gold-diggers so they won’t marry them. They want to find the wife whose is similar to theirs about material things. This is another reason that Asian ladies have no option but find a husband oversea.

An Asian woman is seeking a foreign husband who can help her parents and siblings. There is no way she can find such a good man in Asia who can do that. She must immigrate to a developed country so she can work and make money to help her parents, brothers and sisters. There are some husbands of these Asian women must send money to support their wife’s family back home on a monthly basis. Also, these Asian women come to the West try to make money and send back home to help their family as well.

Domestic violence is another reason that Asian women want to get married overseas. Low class men who are not educated usually treat women badly. They don’t have any respect for their wife. They control their wife too much. They get drunk almost every day. They can beat the wife if she dares to talk or argue with them. There are many such men in Asia. Most of Asian women are scared to get married by such guys.

On social networking sites like Facebook, Twitter, Google Plus and online dating sites like Asiandatenet, Asiandating or others, there are millions of single women looking for oversea men. They are seeking Asian men who live in America, Canada, Australia, Germany, Italy, France, and other European men. I personally think Asian women are going on the right track to find a husband oversea.