Let’s go find out, Ladies. There are some confuses about Asian men who live in Asia or the West. Many ladies complain about Asian guys, what they like and how they act in terms of dating, relationship, sex and so on. I am writing this article to briefly explain some myths about them. When you have questions in mind, read these answers may help to clear your brain. This is my personal experience so it is not about every Asian man out there. Every guy has different concept and opinion so again, this is based on my own experience. I don’t want those rumors keep passing on and on. 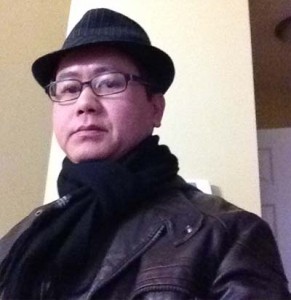 Black women said that Asian men don’t like to date or sleep with them. This is completely untrue. Last week, I went to McDonalds to get a hamburger, I saw a Chinese guy with a black wife sitting on the table next to me. They have a daughter who is half black and half Chinese, this kid is so beautiful. Generally speaking, every man has different tastes. Some of them may like only Filipino ladies, some of them like white ladies and some of them like black women. Again, this is a myth, not true.

Asian men have small and short “bananas”. It is 95% correct. I agree with you on this. If a Western man has a 8-inch banana on average, then an Asian man has a 6-inch banana. However, it does not mean that Asian guys don’t perform good sex. Again, every man is different. Some ladies complained they had a hard time to gain an orgasm when making love with an Asian guy. I think this is not always about the size, but about how they feel during the intercourse. I agree with you for some guys in Asia don’t take time for you on bed after marriage. Asian men who live in the West know how to make it perfect. I think it also depends on what a lady wants. So, just tell him what you want, then he will make you satisfied. In fact, Asian guys are very romantic in different ways, so try to find out about that.

Asian culture is different from the West. Even those who were born in the West still nurtured the culture from their parents or grand parents. Most of Asian guys don’t like to date or marry a lady who is smarter than them. They want to control their woman. This is right. They don’t want to look bad if they have a better, smarter and stronger wife on public. So, most Asian ladies prefer to let their man take the lead in the family. It does not matter whether she is more intelligent than her husband or not, he is the leader of the family.

An Asian man ties with his family and relatives. This is absolutely correct. This is part of the culture. In Asia, some families live together in a house. Some houses have more than 10 people. This is normal. Most white or black ladies complain about this too. When dating an Asian boyfriend, his family is the hardest part to deal with. Sometimes he just listens to his parents and stick with it. He does not listen to his girlfriend. Also, his parents call him and control him too much. Also, his parents ask him to do this, do that, help this brother and sister, and so on. This is, again, part of Asian culture.

“Bossy” and “control” are two things that people apply for Asian guys and Black women. Come on guys, this is not always true. In less developed countries like the Philippines, Vietnam or Thailand, most men do “bossy” and control their wives. In the West like America or Canada, Black ladies are “bossy” and try to control their men. So, if an Asian man married a Black woman, then how’s it going to happen between them? Both are “bossy” and dominating. They both want to take a lead in a family. Nothing is really happening, guys. I have to tell you one thing that I learned, every family has one submissive person, the other is dominating. You know what I am saying?

Asian men do not like fat women. This is true. Most of Asian guys are from 5’3 to 5’8 and 130 to 160 lbs. They are thin and small. So they can’t date a 200 lb woman. As mentioned above, most of Asian guys prefer to date or marry a girl who is shorter and lighter than them. Western girls complain about it is hard to find a 6’0 feet Asian guy. That’s right. it is hard. That’s why you see interracial couples between Asian men and small or short white or black ladies.

In conclusion, what I wrote on this article based on my own experience and what I read online. It may be correct in most guys but not in some. It is up to you to judge the matter. One important thing about Asian men, they are one-men-one-woman type of men. What do you think? Just tell me about it.